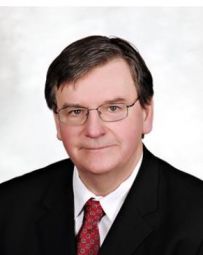 Gar Knutson is a sole practitioner lawyer since January 2019. Prior to this time Gar was with Ottawa office of Borden Ladner Gervais (BLG) LLP until 2018.  Practicing in the area of government relations both in Ottawa and internationally as well as acting as general counsel to number of Embassies. Gar joined BLG in 2004.

Prior to joining BLG, Gar was a member of the Parliament of Canada for the riding of Elgin Middlesex, from 1993 to 2004. He served on a number of committees including Environment and Sustainable Development, Justice, Public Accounts, and Citizenship and Immigration.  In December 2003, Gar was appointed by Prime Minister Paul Martin as Minister of State for International Trade for New and Emerging Markets. Between 2002 and 2003, Gar served as a Secretary of State in the government of the Right Honourable Jean Chretien. Gar's responsibilities included Central and Eastern Europe, Central Asia and the Middle East, representing Canada abroad through trade missions as well as political missions at a ministerial level.

Gar’s interest in serving on the board has been prompted by real life experience, living with and helping care for his 95 year old mother-in-law for the past six plus years. He and his wife Christine have used the Guest House for respite care for Christine’s mother.  Gar and Christine have three adult children who live in Toronto and Detroit.  Gar’s former board experience includes the St. Thomas Credit Union and the Elgin County Children’s Aid Society.

As well as being a Director on the Carefor Board, Gar also serves on the Ottawa Regional Council and the Quality Committee.

Send us a message